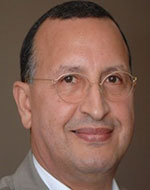 The following Distinguished Industry speakers have been confirmed for IEEE GLOBECOM 2019. The title and abstract of their talks will be posted closer to the conference. 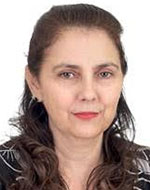 Yanick is a strategic advisor to governments, enterprises and service providers when it comes to digital transformation technologies such as IoT, IPv6, software defined networking (SDN) and Network Functions Virtualization (NFV). In her role as Chief Technologist, Yanick develops IoT, network strategic vision and technology services. She advises and helps customers to successfully adapt and take advantage of the ever changing world of Internet technologies.

Yanick is a founding member of the IPv6 Forum, an IPv6 Forum Fellow, and general chairperson for the IPv6 pogo programs (Ready & Enabled & Education). She is ETSI IP6 Industry Group vice-chairperson and one of the distinguished recipients of the IPv6 Forum Internet Pioneer Award for her technology contributions to support the adoption and deployment of IPv6. 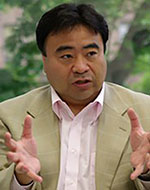 Dr. Hiroshi Esaki received the B.E. and M.E. degrees from Kyushu University, Fukuoka, Japan, in 1985 and 1987, respectively. And, he received Ph.D from The University of Tokyo, Japan, in 1998.

In 1987, he joined Research and Development Center, Toshiba Corporation. From 1990 to 1991, he has been at Applied Research Laboratory of Bellcore Inc., New Jersey (USA), as a residential researcher. From 1994 to 1996, he has been at CTR (Center for Telecommunication Research) of Columbia University in New York (USA). During his staying at Columbia University, he has proposed the CSR architecture, that is the origin of Multi-Protocol Label Switching (MPLS), to the IETF and to the ATM Forum. From 1996 to 1998, he has conducted the CSR project in Toshiba, as a chief architect.

Regarding the research/development/deployment for the IPv6, he has been very tightly and closely working with Prof. Jun Murai, who has been a political and technical advisor for the Japanese cabinet for more than 15 years. He is an executive director of IPv6 promotion council, which is cross ministry and cross industry council to promote the IPv6 technology. As the activities of IPv6 promotion council, he has established the following working groups, that are aiming to explore and to deploy the IPv6 as the professional and business operation.

Since 2003, he has started the introduction of TCP/IP and Internet Framework into the facility system, which is now identified as SmartGrid, Smart Building, Smart Campus or Smart City. He successfully standardized the TCP/IP based architectural framework as IEEE1888 in IEEE, and proposing to NIST SGIP CoS (Catalogue of Standard) in US and to ISO/IEC JTC1 SC6. 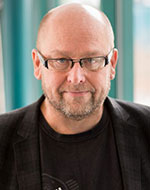 He has published more than 50 conference or journal papers in the field of wireless communications and he holds two patents. He was the Director of Centre for Wireless Communications in the University of Oulu from 2006 to 2012. Currently he is heading as a professor a research group targeting dependable wireless solutions including solutions for 5G. He is the PI of 5GTN experimental research and is acting as collaborative projects leader in national 6Genesis flagship targeting 6G solutions. 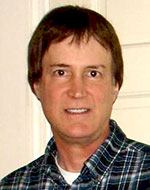 Rick Kuhn is a computer scientist in the Computer Security Division at NIST, and is an IEEE Fellow.  He has authored three books and more than 150 conference or journal publications on information security, empirical studies of software failure, and software assurance.  He co-developed the role based access control model (RBAC) used throughout industry and led the effort that established RBAC as an ANSI standard. Previously he served as Program Manager for the Committee on Applications and Technology of the President's Information Infrastructure Task Force and as manager of the Software Quality Group at NIST.  Before joining NIST in 1984, he worked as a software developer with NCR Corporation and the Johns Hopkins University Applied Physics Laboratory. He received an MS in computer science from the University of Maryland College Park, and an MBA from William & Mary.

In 2011, she joined China Mobile as its Chief Scientist of wireless technologies, established the Green Communications Research Center, and launched the 5G Key Technologies R&D. She is spearheading major initiatives including 5G, C-RAN, high energy efficiency system architectures, technologies and devices, green energy, and wireless big data for network embedded intelligence. She has led the launch of Wireless AI Alliance (WAIA) and O-RAN (Open RAN) Alliance. She was an Area Editor of IEEE/ACM Trans. NET, an elected Board Member of IEEE ComSoc, Chair of the ComSoc Meetings and Conferences Board, and Founding Chair of the IEEE WCNC Steering Committee. 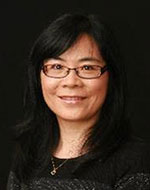 Peiying Zhu is a Huawei Fellow and IEEE Fellow. She is currently leading 5G wireless system research in Huawei. The focus of her research is advanced wireless access technologies with more than 150 granted patents. She has been regularly giving talks and panel discussions on 5G vision and enabling technologies. Prior to joining Huawei in 2009, Peiying was a Nortel Fellow and Director of Advanced Wireless Access Technology in the Nortel Wireless Technology Lab. She led the team and pioneered research and prototyping on MIMO-OFDM and Multi-hop relay. Many of these technologies developed by the team have been adopted into LTE standards and 4G products. Peiying Zhu received the Master of Science degree and Doctorate Degree from Southeast University and Concordia University in 1985 and 1993, respectively. 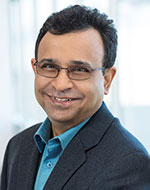 Before joining Intel, Mukherjee spent more than a decade leading engineering teams at various technology companies, including Hewlett-Packard Co. and First Data Corp. A three-time recipient of the Intel Achievement Award, Mukherjee was appointed an Intel Fellow in 2016. He has been granted 10 U.S. patents, with additional patents pending, and is the author or co-author of multiple papers on topics related to wireless and telecom technologies. Mukherjee holds a bachelor’s degree in mechanical engineering from the National Institute of Technology Durgapur in India, and earned dual master’s degrees in systems science and industrial engineering from Louisiana State University. 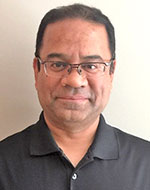 Akbar Rahman is Senior Principal Engineer at InterDigital a mobile technology research and development company. Over the last 25+ years, he has participated in the research, development and standardization of communication protocols and network architecture for mobile technologies starting from 2G, to 3G/4G, and now focusing on 5G and beyond 5G (B5G).  He has been giving talks and participating in panel discussions on different aspects of mobile protocols and architecture over the different generations of mobile technology evolution. He is an active participant at the Internet Engineering Task Force (IETF) standards body and the co-author of multiple RFCs.  He has also previously participated in the ETSI, TIA and 3GPP standards bodies.  He has 85 granted patents in the area of mobile technology, and also published multiple conference and journal papers.  Prior to joining InterDigital in 2001, Akbar was an Independent Contributor for Nortel Networks, and a Systems Engineer for Ericsson.  He has a Bachelor of Applied Science (Mechanical Engineering) from the University of Waterloo, Canada in 1990.