Dr. David Reed, Scholar at Cybersecurity and Policy program at the University of Colorado at Boulder;
Previous senior executive at Cable Television Lab

Abstract:  The networking industry is currently at an inflection point.  5G is a reality, IoT has been exploding, network softwarization replaces traditional networking appliances, AI and ML are finding real-world applications in the networking domain.  At the same time, new challenges abound: traditional business models of the networking industry are being threatened, networking hardware is being commoditized, new entrants are threatening traditional telecom operators, the open Internet is increasingly marginalized by Manynets that operate within their own domain, new networking applications such as industrial control or the Tactile Internet promise new opportunities but are bumping into technical and physical challenges that are proving difficult to overcome.

So, what comes next for the networking industry and what responses are needed to address the new challenges?   What technological breakthroughs will create the next wave of opportunities, which aspects are holding the industry back and require rethinking, is major upheaval ahead?  These are the question that our panel of distinguished experts will address. 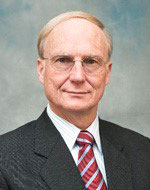 Dr. Edward G. Tiedemann, Jr. is a Qualcomm Fellow and a Senior Vice President of Engineering of Qualcomm Technologies, Inc.  He leads Qualcomm’s worldwide standardization and industry organization activities.  Dr. Tiedemann was instrumental in the design and development of the TIA/EIA/IS-95 CDMA system, also called cdmaOne™.  He led Qualcomm and much of the industry’s efforts in the design and development of the third-generation cdma2000® system.  Dr. Tiedemann holds over 200 US patents and has participated in many papers, conference lectures, and industry panels.  He currently sits on the board of several industry organizations.  He is interested in multiple topics in communications including 5G, IoT, and V2x.

Dr. Tiedemann is past chairman of the Advisory Board of the College of Engineering at Virginia Polytechnic Institute and State University (Va Tech).  He currently sits on the Advisory Board of the Purdue University School of Electrical and Computer Engineering.  Dr. Tiedemann was General Chair of GLOBECOM 2015.  He is also a member of the Board of Overseers of the Peabody Essex Museum. 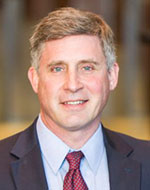 James Kimery is the director of marketing for RF, communications, and software defined radio (SDR) initiatives at NI. He is responsible for the company’s communication system design and SDR strategies. Kimery also manages NI’s advanced research RF/Communications Lead User program.  Prior to joining NI, Kimery was the director of marketing for Silicon Laboratories’ wireless division, which later became a subsidiary of ST-Ericsson. With Kimery as director, the wireless division grew revenues from $5 million to over $250 million. The division also produced several industry innovations including the first integrated CMOS RF synthesizer and transceiver for cellular communications, the first digitally controlled crystal oscillator, and the first integrated single-chip phone (AeroFONE). The IEEE voted AeroFONE one of the top 40 innovative ICs ever developed. Kimery also worked at NI before transitioning to Silicon Labs and led many successful programs, including the concept and launch of the PXI platform. Kimery was a founding member of the VXIplug&play Systems Alliance, the Virtual Instrument Software Architecture (VISA) working group, and the PXI Systems Alliance. He has authored nearly 30 technical papers and articles covering a variety of wireless and test and measurement topics. Kimery earned a master’s degree in business administration from The University of Texas at Austin and a bachelor’s degree in electrical engineering from Texas A&M University. 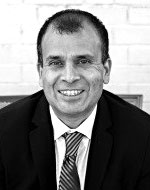 Head of Architecture and Technology, Nokia

Dr. Robert A. Soni (Rob) is a leader at Nokia Bell Labs in the Access Lab. He supports the key technology leadership insertion opportunities from Bell Labs into commercial mobile networks product. Rob also serves as the co-CTO of Mobile Networks for Nokia. He leads a team of architects which drive insertion opportunities as well as develop and innovate on the next generation of Cloud RAN related solutions for cellular networks. Rob started Lucent Technologies in '98 as a Member of Technical Staff. He became a manager in '03, and a director in '09. When Lucent Technologies merged with Alcatel-Lucent, Rob led the CTO organization for the 'small' cells team within wireless networks. He also ran all architecture and system engineering efforts in Alcatel-Lucent. After the merger with Nokia, he led common architecture and system engineering efforts within Nokia. In '18, he moved to Bell Labs to lead/assist portfolio insertion and innovation opportunities for Bell Labs. Rob has a Master's ['95] and Ph.D.  ['98] in Electrial Engineering from the University of Illinois at Urbana-Champaign and graduated Summa Cum Laude from the University of Cincinnati with a BSEE in Electrical and Computer Engineering. Rob has also taught extensively at Columbia University (New York City, NY) and the New Jersey Institute of Technology (Newark, NJ) as an adjunct professor. 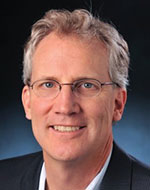 Scholar at Cybersecurity and Policy program at the University of Colorado at Boulder. Previous senior executive at Cable Television Lab

Dr. David Reed is currently a Scholar in Residence in the Technology, Cybersecurity and Policy program at the University of Colorado at Boulder. From 2014 – 2018, he was the Director of the Interdisciplinary Telecom Program, and a Senior Fellow, Silicon Flatirons Center for Law, Technology, and Entrepreneurship at the CU Law School. Between 1994 – 2012, Dr. Reed was a senior executive at Cable Television Laboratories. As CableLabs’ Chief Strategy Officer, he led strategic planning activities as well as large R&D projects covering a wide range of technologies relevant to the cable industry such as broadband delivery systems, application platforms, business services, and voice-over-IP. Dr. Reed also has been a Telecommunications Policy Analyst in the Office of Plans and Policy at the Federal Communications Commission where he worked on cable-telco competition, personal communications services (PCS), and spectrum auction policies. Dr. Reed has authored a book on residential fiber optic networks, and is a widely published author in telecommunications journals, books, and magazines. He has been a contributor of interdisciplinary analyses that played key roles in defining U.S. policy debates on PCS spectrum allocation and local access competition. His current research focuses on competitive prospects for Gigabit broadband, spectrum management issues associated with Wi-Fi and 5G, broadband mapping concerns, and the cost of broadband network deployment using fiber, fixed wireless, and other wireless technologies. Dr. Reed received a BS in Electrical Engineering, Colorado State University, an MS in Electrical and Computer Engineering, Carnegie Mellon University, and a PhD in Engineering and Public Policy, Carnegie Mellon University 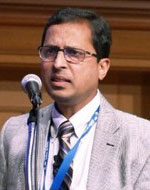 Director of Advanced Technologies at Intel Corporation with a primary focus on technology advocacy and industry coalition building for 5th Generation of Wireless Communications. As a wireless industry professional, he has over 20 years of experience ranging from technology innovation to competitive strategy. Rao is current focus is the development of 5G and EDGE computing technologies particularly targeted to major industry verticals. He is also a board member of 5G Americas and CBRS Alliance.

Previously, as part of Qualcomm’s Research division, Dr. Yallapragada held several technical leadership positions in Qualcomm in the areas of Wireless system design and development. He made significant contributions to the development of HSPA, LTE and CDMA2000 1xEV-DO technologies and products ranging from device modems to small cells. He led system engineering efforts for the first High Data Rate CDMA2000 EV-DO Mobile Station and Base Station ASICs. In a project engineering role, Dr. Yallapragada led the development of Globalstar 48-satellite LEO Mobile communication systems and CDMA Commercial Base Stations.